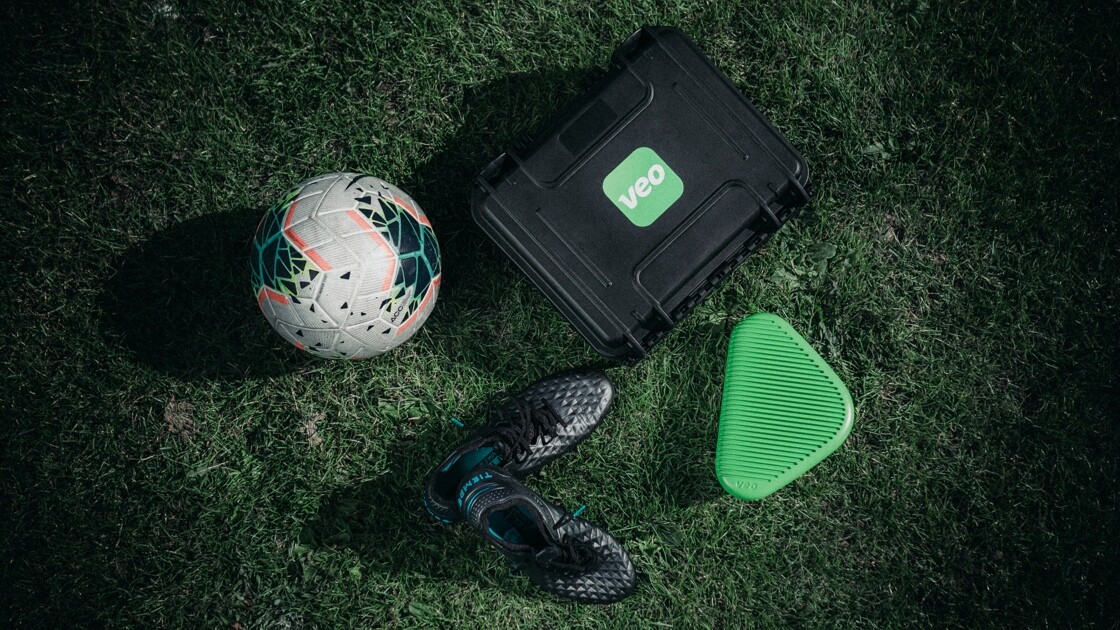 Professional broadcast or recording cameras are quite costly. A lot of clubs might not be able to afford it, and for bigger clubs, it’s not worth using those cameras and a crew for recording training sessions. That’s where Veo steps in.

The company has developed an AI-powered 4K camera that needs no manual intervention to record a match. You don’t need a complicated setup for it — just put it on the tripod it ships with and you’re good to go. It has two cameras that can record 180 degrees of the field in 4K resolution at 30 frames per second. The camera can record up to four hours of footage on a full charge.

The basic camera setup costs $1,499 — close in price to Samsung’s Galaxy S20 Ultra — and includes a 12-month subscription to Veo’s cloud services and its platform, which includes features such as tagging players and drawing on the screen to help coaches make improvements.

Veo has trained its AI to follow the ball during the course of the game in a way that’s not jarring and seems like a human cameraperson has filmed it. Henrik Teisbæk, the company’s CEO, told me it has created its own database of more than a million images with manual annotation to train the AI model. The AI also helps the company in detecting goals and kickoffs, and create highlights catered to a particular audience.

Teisbæk says the idea arose after one of the company’s co-founders missed his son’s football match and wanted to find a pocket-friendly solution for lower-level leagues to record fixtures. The company was officially formed in 2015, and the camera was released in late 2018.

Since then, the Copenhagen-based company has sold devices to more than 2,500 clubs across the globe and has over 100,000 hours worth of recordings under its belt. While the firm focuses on Denmark, UK, and US to sell its camera, it has customers in over 62 countries. Some of its prestigious clientele includes academy and youth teams of  Liverpool FC and Burnley FC from the UK and RCD Espanyol de Barcelona from Spain.

Teisbæk says while Football remains a priority for the company, it has started working on AI models to capture other sports such as basketball and rugby. He added that the company also wants to provide additional movement detection features for coaches this year.

While data analytics and AI have helped football clubs recruit and improving their play in recent years, these costly technologies aren’t often at the disposal of smaller clubs. Veo is a relatively cheap camera for coaches on a short budget to train their teams in a better manner. So, there’s a real opportunity for VEO to help coaches on shoestring budgets.

Read our daily coverage on how the tech industry is responding to the coronavirus and subscribe to our weekly newsletter Coronavirus in Context.

For tips and tricks on working remotely, check out our Growth Quarters articles here or follow us on Twitter.