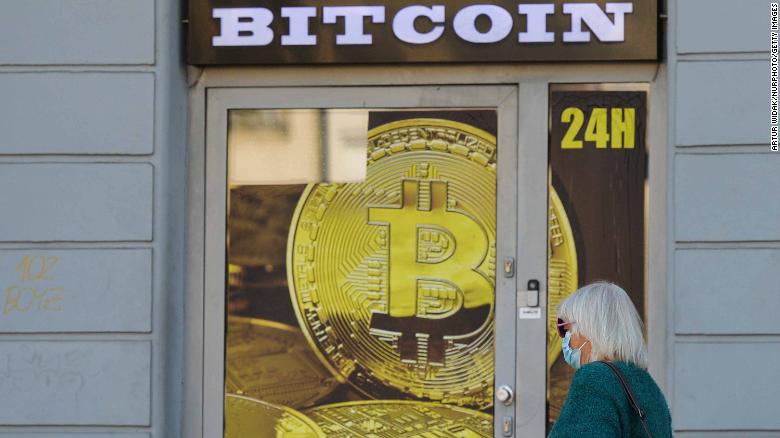 New York (CNN Business)Central banks around the world are printing money to try to prop up the global economy. But for bitcoin, the world’s most popular digital currency, the opposite is happening.
The amount of new bitcoins being issued is starting to slow because of a phenomenon known as a halving, or the halvening. Every four years, the amount of new coins that bitcoin investors (or miners, as they are known) receive as a reward for mining a block of bitcoins is cut in half.
Bitcoin prices have surged in the past few weeks in anticipation of the latest halving, which took place on Monday.
As a result, bitcoin miners now receive 6.25 bitcoins instead of 12.5. This is the third time bitcoin has halved in its history. The next halving event will take place sometime in 2024 and will reduce the number of new bitcoins issued to 3.125.
It’s all part of the algorithm behind bitcoin, which is designed to limit the total number of bitcoins that will ever be issued to a finite number of 21 million. There are now about 18.3 million in circulation.

Anticipation of the event helped drive bitcoin prices higher in the past few weeks — from a low of around $4,100 in mid-March to just under $10,000 on May 6. But prices have fallen back to about $8,700 now that the halving has actually occurred.
So what’s next for bitcoin?
Several expertssay bitcoin prices should go much higher — and even top the all-time high of just under $20,000 from late 2017. The logic? Economics 101. 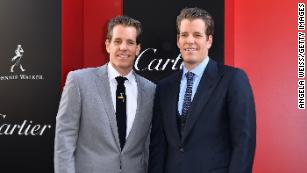 Winklevoss twins on crypto: Wall Street has been asleep at the wheel 03:09
Demand for bitcoin may increase as investors view it as safer than government-backed paper currencies in the time of Covid-19 and extraordinary easing measures from the Fed and other central banks.
“Imagine if OPEC cut production in half overnight. what would happen to the price of oil? It would go up,” said Zac Prince, CEO and co-founder of BlockFi, a firm that makes loans with cryptocurrencies.
Prince said he thinks bitcoin prices will eventually soar past $20,000 and skyrocket to as high as $40,000 to $100,000 over the next two years.
Legendary hedge fund manager Paul Tudor Jones has also been touting bitcoin lately as a potential hedge against inflation that could be created by central bank stimulus — much like gold.
Crypto investors also point to the fact that bitcoin prices soared in the first few months after previous halvings in 2012 and 2016. That could happen again this year, especially because of what’s happening in the global economy.
“This halving is transpiring at a time when governments are enacting unlimited amounts of monetary and fiscal stimulus,” said Michael Sonnenshein, managing director with Grayscale Investments, a digital currency asset management firm.
“Bitcoins are now viewed as a safe haven — kind of like digital gold. It’s a verifiable scarce asset with predetermined and predictable supply,” Sonnenshein added.

But has the easy money already been made?

Still, digital currencies are incredibly volatile.
“The halving is a temporal and technical event that has no bearing on bitcoin’s long-term value,” said Adam Traidman, CEO and co-founder of BRD, a digital wallet for cryptocurrencies.
Traidman said he expects bitcoin’s price to eventually start rising steadily again but he is not predicting a dramatic increase over the next few months.
Simply put, bitcoin is still too speculative an asset for many investors — and the wild swings in price will limit its attractiveness. 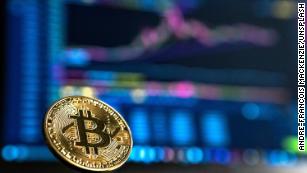 “The problem is that we are looking at the actions of a few speculators,” said Alex Mashinsky, CEO and founder of Celsius Network, another crypto lending firm.
He argues that the price of bitcoin could be stuck hovering around $10,000 for a while until the impact of the halving is fully priced into bitcoin. Others agree.
“There was a psychological impact when we approached the halving due to the significant reduction in supply. But the easy money in bitcoin has been made,” said Gavin Smith, CEO of cryptocurrency exchange Panxora.
The volatility may also limit the allure of bitcoin as a viable currency. How can you use something as a form of payment when its price is so unstable? People will be unlikely to try to buy goods at a store (either a physical one or a website) if the value of a bitcoin is changing so rapidly.
“We’re jumping the gun when talking about bitcoin as a form of payment,” said Daniel Polotsky, CEO of CoinFlip, a bitcoin ATM company. “It’s too speculative and unpredictable to be used as currency.”
That’s why Polotsky says investors need to treat bitcoin or other digital currencies as a long-term buy-and-hold investment.
“I know a ton of people that got into bitcoin in late 2017 at the peak, and I feel for them,” Polotsky said. “But it’s a marathon. You need to own bitcoin for decades. A majority of traders will lose money trying to time market moves.”